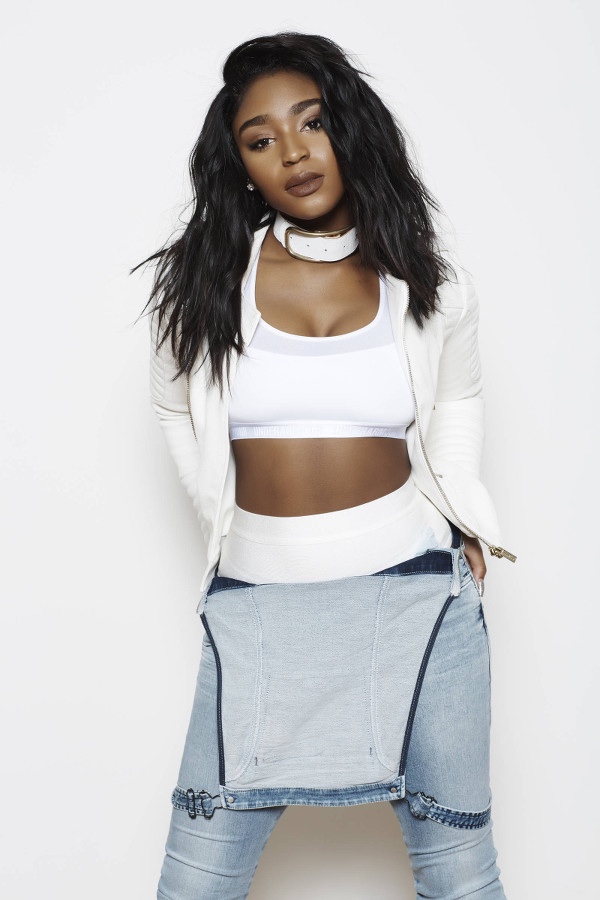 In August of 2019 she released the hit single “Motivation,” which captures African American culture from beauty to eclectic hair styles; music, dancing, and fun camaraderie. In the video, Normani, transforms back to her childhood watching 106th and Park. A Hip Hop program on the BET network. (Black Entertainment Television).

Normani stayed true in those moments as she discovered her unique styles and love for  singing and dancing.

“I’m gonna make whatever I do black. You’ll know I’m a black girl, even if it’s on the quote unquote whitest records ever.”

She slays in this gorgeous skintight tan two-piece.

A stunning look that meets the eye with posed and confidence. Normani loves to consistantly bring back 90’s era styles and make it better. Designed by Wayman B. and Micah McDonald.

Normani, timelessly shows off black girl magic as she rocks her hair straight and wavy in a sparkly gray and black leather bodysuit. The 23-year-old singer definitely sets the stage strategically.

“I’m doing this as therapy for me— to be vulnerable in a way that I haven’t been before.”